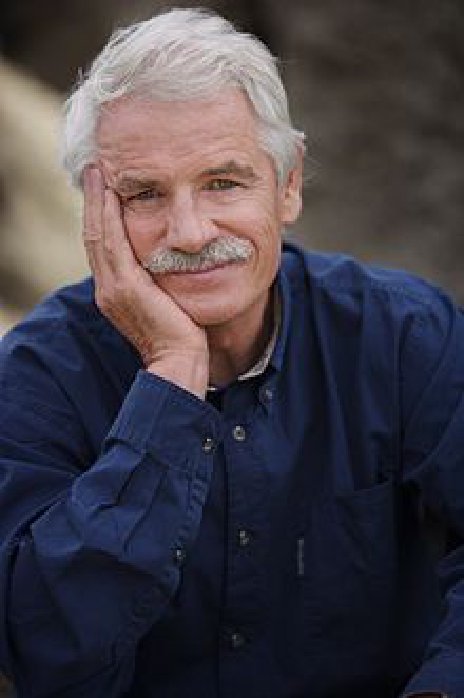 YANN ARTHUS-BERTRAND, born in 1946, has always had a passion for the animal world and the natural environment. At the age of 20, he settled in central France and became the director of a nature reserve.

When he was 30, he travelled to Kenya with his wife with whom he carried out a three-year study on the behaviour of a family of lions in the Massaď Mara reserve. He quickly started using a camera as a visual aid to capture his observations and enhance the written reports they compiled. While in Africa, he earned his living as a hot-air balloon pilot. This was when he really discovered the earth from above and the advantages of viewing what he was studying from afar to gain an overall picture of an area and its resources. He discovered his calling: to demonstrate the Earth's beauty and show the impact of mankind on the Planet. His first book, Lions, was born of this adventure - he likes to call these lions his "first photography teachers."

- Little by little, Yann became a reporter focusing on environmental issues, and collaborating with Géo, National Geographic, Life, Paris Match, Figaro Magazine etc. He then started a personal work on the relationship mankind/ animal, which led to the books Good breeding and Horses. In 1991, he founded the first aerial photography agency in the world. For the First Rio Conference in 1992, Yann decided to prepare a big work for the year 2000 on the state of the planet : it is The Earth From the Air. This book encountered a great success and over 3 million copies were sold. The outdoor exhibitions have been seen so far by about 200 Million people.

Yann then created the Goodplanet Foundation that aims to raise public awareness of environmental issues, implement carbon offset programmes and fight deforestation with local NGOs. Within the Foundation, he developed the 6 billion Others project, that has just changed names and become 7 billion Others. More than 7000 interviews were filmed in 75 countries. From a Brazilian fisherman to a Chinese shopkeeper, from a German performer to an Afghan farmer, all answered the same questions about their fears, dreams, ordeals, hopes: "What have you learned from your parents? What do you want to pass on to your children? What difficult circumstances have you been through? What does love mean to you?" Forty or so questions that help us to find out what separates and what unites us.

- Due to this involvement, Yann Arthus-Bertrand is today considered more an environmentalist and activist than a photographer. It is because of this commitment that Yann Arthus-Bertrand was designated Goodwill Ambassador for the United Nations Environment Programme on Earth Day (April 22nd, 2009).

In 2006, Yann started the series Vu Du Ciel, a television documentary series of several one-and-a-half hour episodes, each dealing with a particular environmental problem. It was shown on French public television and is currently being distributed for broadcast in 49 countries. Encouraged by his television experiment, Yann Arthus-Bertrand undertook the production of a full-length feature film, HOME, that deals with the state of our planet. The film was released on the 5th of June 2009 on television, on the Internet, on DVD and in cinemas simultaneously worldwide, almost entirely free of charge to the public. More than 600 million people have seen it so far.

- In 2011, Yann directed two films for the United Nations : the film Forest, official film of the 2011 International Year of the Forest, and the film Desertification. Both were screened during UN General Assemblies. Yann founded a non-profit production company, "Hope". Hope has two major projects in development: for the World Water Forum in March 2012, Yann is directing a film narrating the history of water and reminding us that reasoned management of water is a crucial challenge for our century. For Rio + 20, Yann is also working on the film "Planet Ocean". This film aims to promote understanding of the importance of oceans in the ecosystem.