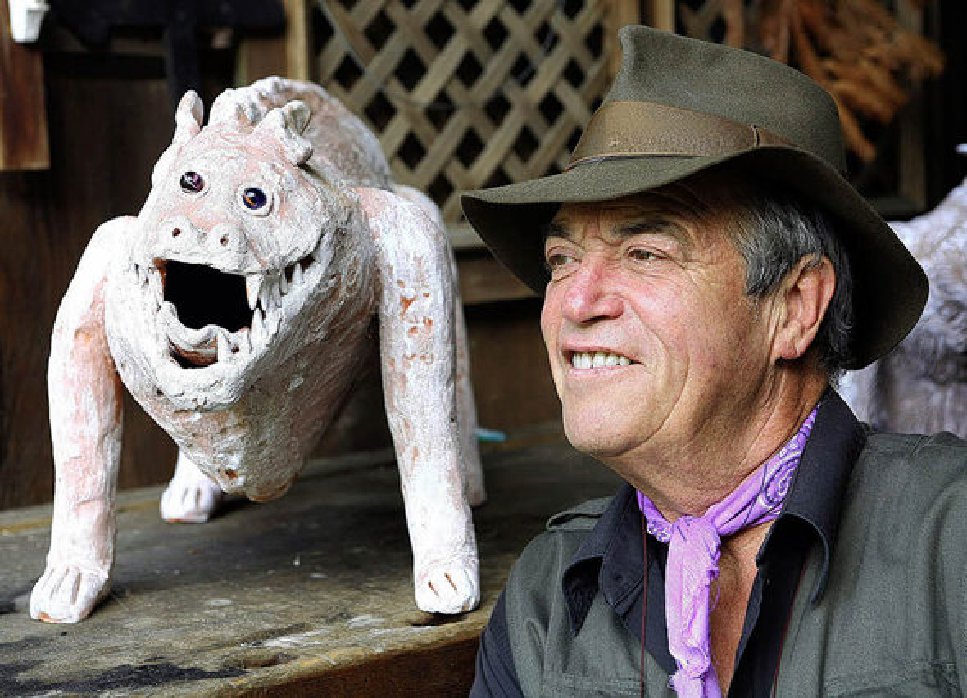 Born in Straßburg in 1938, artist Raymond E. Waydelich still lives near the heart of that Alsatian metropolis. Even before he and his works began to travel to distant corners of the world Raymond was well-known in his home country. Whether as pianist, singer or creator of Happenings of the 70's, or as the renowned artist of current times, Raymond has always been found at the pulse of contemporary Alsatian culture.

His fabulous creations, both painted and sculpted, have found homes in houses throughout the region. You may even discover his artistic presence in a fine Alsatian restaurant in the fanciful beasts of his creation that decorate the menu or hold the candles. After studying in Straßburg and Paris, the young Waydelich made his way through North Africa as a traveling photographer. There he discovered his fascination for archeology, which has since appeared and re-appeared in his work as "the archeology of the future". An insatiable collector of all manner of objects, Raymond dissembles and re-assembles, paints, preserves and documents. His works may be 2-dimensional or sculptural. In them we find the world and its contents gathered together like cards in a deck, then shuffled and re-dealt into fascinating new juxtapositions.

Even Raymond's most serious works bear witness to his playfulness, wit and poetry. In the course of collecting, a photographic portrait came into his possession of Lydia Jacob, a seamtress who lived in Strassburg during the latter part of the 19th century. Her name and the remnants of her history became the originating impulse for a continuing cycle of works, the "Lydia Jacob Story", on which Raymond has been working since 1973. Could it be said that she became his anima? The artist says, "Lydia Jacob? C'est moi".

In 1978 Raymond's work was shown in the Biennale in Venice. Exhibitions in Paris, New York and Tokyo followed. His prize-winning paintings, collages, objects and installations continue to be viewed in Europe and beyond. The LYDIA JACOB STORY Cards place into the hands of the viewer a private exhibition to enjoy at home. Raymond E. Waydelich invites his fans, both new and old, to take a card and step into his - and Lydia Jacob's - universe.