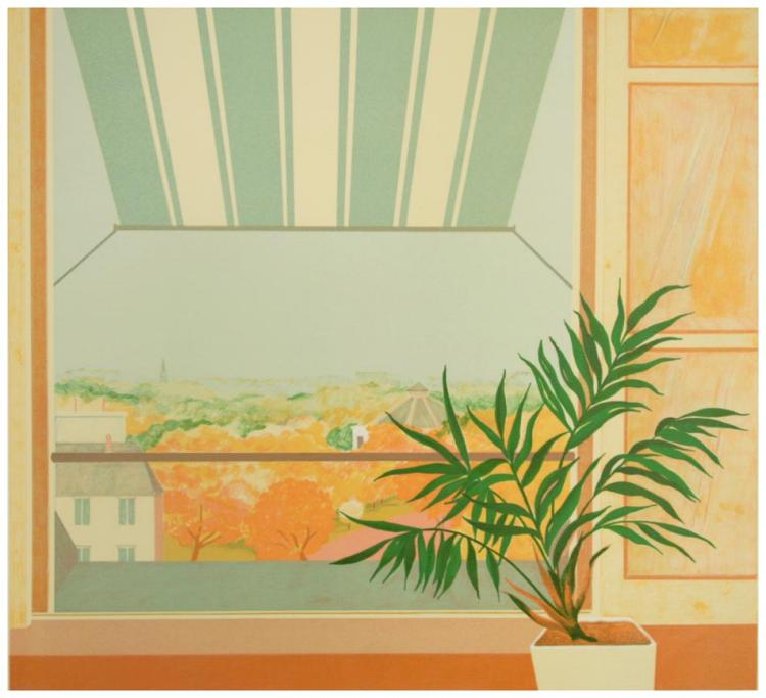 Marie Ebbesen trained at the Central School of Art, Birmingham, and later in Norway, won a scholarship to the State Academy of Art (Statens Kunstakademi). Later she moved to France with her husband. Then began an exiting and formative period, working with a small group of international artists, in a shared atelier, rue Delambre, Paris. Her work, derived from landscape, gradually became more refined and minimalist. A review of her paintings in the New York Times referred to her Îstructural rigour and discipline in her composition'. In the eighties Marie Ebbesen lived in a farmhouse in the South West of France, where the geometric patterns and colours of the fields inspired a gradual return to figurative work. Her painting has continued to evolve, with elements of the structure and minimalism of that earlier period, combined with strong and vibrant colour. Recently, the landscape of London, in particular the Thames, has been an influence and new challenge, though she continues to paint in Norway and France.