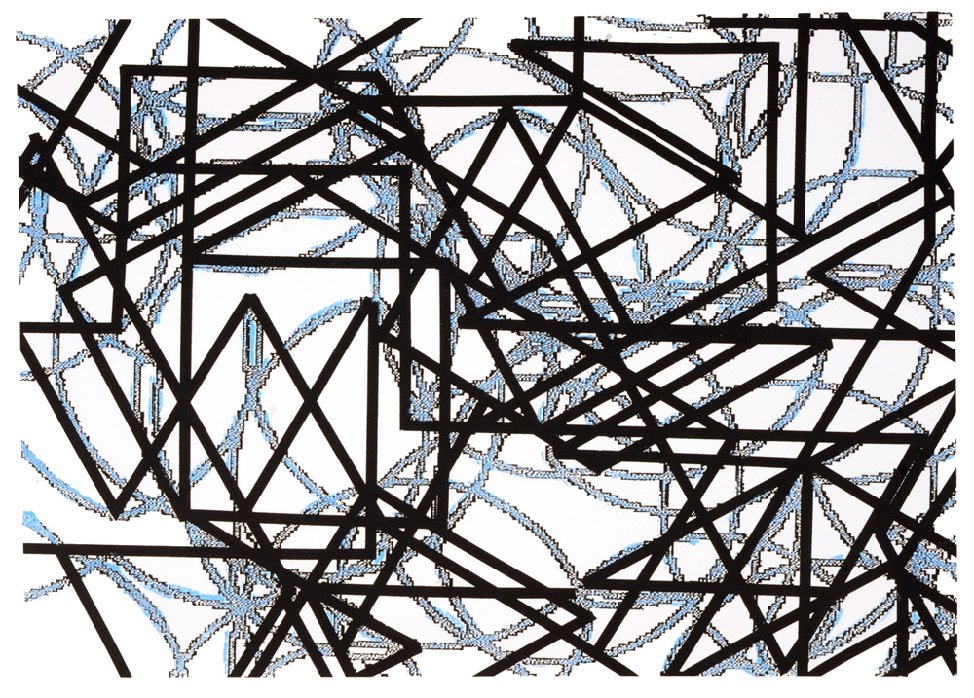 Franēois Morellet, is a contemporary French painter, engraver, sculptor and light artist. His early work prefigured Minimal art and Conceptual art, and he has played an important role in geometrical abstraction over the past half century.

After a short period of figurative/representational work, Morellet turned to abstraction in 1950 and he adopted a pictorial language of simple geometric forms: lines, squares and triangles assembled into two-dimensional compositions. In 1961, he was one of the founders of the "Groupe de Recherche d'Art Visuel", with fellow artists Francisco Sobrino, Horatio Garcia-Rossi, Hugo DeMarco, Julio Le Parc, Jean-Pierre Yvaral and Joėl Stein, Franēois Molnar and Vera Molnar. Morellet began at this time to work with neon tube lighting.

Since the 1960s, Morellet has worked in various materials (fabric, tape, neon, walls...) and has investigated the use of the exhibition space in terms similar to artists of installation art and environmental art. He has gained an international reputation, especially in Germany and France, and his work has been commissioned for public and private collections in Switzerland, Great Britain, Italy, the Netherlands, and the U.S.A.

Franēois Morellet is represented by Galerie Kamel Mennour in Paris.