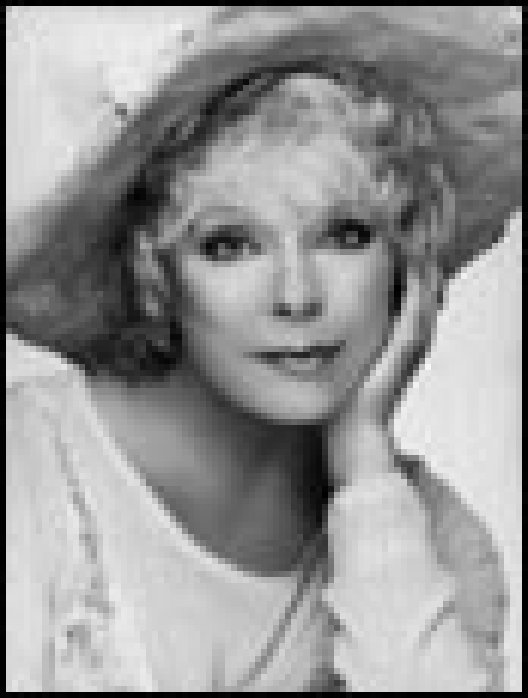 - I'd rather be known as a painter who acts than as an actress who paints, says actress Elke Sommer.

Elke was born in Berlin, the only child of a Lutheran minister named Peter Schletz and his wife, Renata Topp. Pfarrer Schletz descended from one of the oldest families in Germany and the family coat of arms is dated 1225. Although she has never used the title Elke could, if she wished, be called Baroness.

By the end of World War II Elke's family moved to Niederndorf, a typical country village with red roofed houses and storks nesting on chimneys. On Sundays she attended services in her father's church, one of the oldest in Germany.

A precocious child, Elke was able to recite Christmas songs by the age of one. By the time she was two years old she was making up her own poems.

Elke remembers her childhood as the happiest time of her life. Her family was poor but then, she says, so was everyone else. Although an only child she was never lonely. Her parents allowed her to have as many friends and pets as she wished. At one time she shared the bedroom-living room with two dogs, a cat, hedgehog, guinea pig and two pet mice who lived under the couch on which she slept.

After school and on vacations she played in the beautiful fields, meadows and woods surrounding the village. It was there she saw the gypsies she so often portrays in her work.

Encouraged by her parents, Elke began to paint with water colors on sheets of school paper. Her mother still has some of her early attempts at portraying the almost fairy tale world that was her life and would later become a vivid part of her memory.

A typical tomboy wearing hand me down clothes contributed by neighbors and relatives, Elke did not own a dress until she was almost thirteen years old. She went to one of the best gymnasiums (high schools) in Germany where she studied Latin and Greek for nine years. On Saturdays she took art lessons from Peter Bina, a family friend who was a noted painter.

Elke's father died when she was fourteen. Three years later she graduated from high school and decided to become an interpreter. She arranged to go to England as an au pair girl or mother's helper so she could study English. She worked for $4 a week for more than a year and scored well on her High Cambridge Exams.

Away from home, Elke was lonely and often sad. During her limited spare time she began to recall, in watercolors, the happy scenes of her childhood. This was a pattern she has continued until today: when sad she paints happy scenes and when happy she paints sad scenes. In all of her paintings there is a recurring religious motif, usually expressed by the inclusion of a cross or church in her work. This is a direct tribute to the memory of her beloved father.

Soon after her eighteenth birthday Elke went on vacation to Viareggio, Italy where she was discovered for films by the famous Italian director, Vittorio de Sica. She worked and lived in Rome for nine months. While waiting on film sets or on days off she continued painting but in a new medium, oils.

As an actress she worked in half a dozen countries learning the language (she speaks seven languages fluently) and storing up images which, later, she would express on canvas.

In 1963, Elke came to Hollywood to star opposite Paul Newman in her first American film "The Prize." She didn't know anyone in America and lived alone in a large rented house in Beverly Hills with only two mices for companions. Homesick and lonely, she spent hours of solitude feverishly painting the remembered happy scenes of her childhood. Carl Foreman, director of "The Prize", was the first person to purchase one of her paintings.

After her marriage in 1964 to an American journalist she settled down in Beverly Hills in a large house with a huge living room with tempting bare walls. Elke started to paint in earnest using anything at hand for a canvas. Some of her early works were on her husband's shirt cardboards, on wrapping paper and boards. Only a few were on canvas but they all had a central theme: they were a projection of her childhood combined with fantasies about the way life should be. The illustrious Italian painter Amen, who was then living in Los Angeles, helped her to develop the style for which she is now so well known.

On sunny days Elke who is a nature lover painted in the nude in her enclosed backyard. She had discovered acrylics and worked without an easel. She layed the canvas flat on the ground or on the living room floor. Soon the walls of the living room were hung with her works. Friends who saw them suggested she have a one woman show. That first show in 1965 at the McKenzie Galleries in Beverly Hills was a success. She sold eighteen of thirty paintings and local art critics were generous with their acclaim. Her biggest compliment, however, came when she was told that a man who bought one of her large canvases asked about the artist. He didn't know that Elke Sommer was also star of seventy feature films.

In 1988 she was also commissioned to do a painting of Stockholm for the Norway Chamber of Commerce. She also starred in a widely acclaimed series of instructional half-hour shows on painting for PBS called "Painting with Elke".

Critics have always given Elke fulsome praise but she is more interested in public acceptance. At an early showing, George Bach, a prominent psychiatrist, bought one of Elke's paintings to hang in his waiting room. "It expresses closeness and communication, just what I am seeking to get across to may patients," he said. "In each of Elke's painting the people are in group contact, physically close or touching and relating to each other. That's what life is all about."