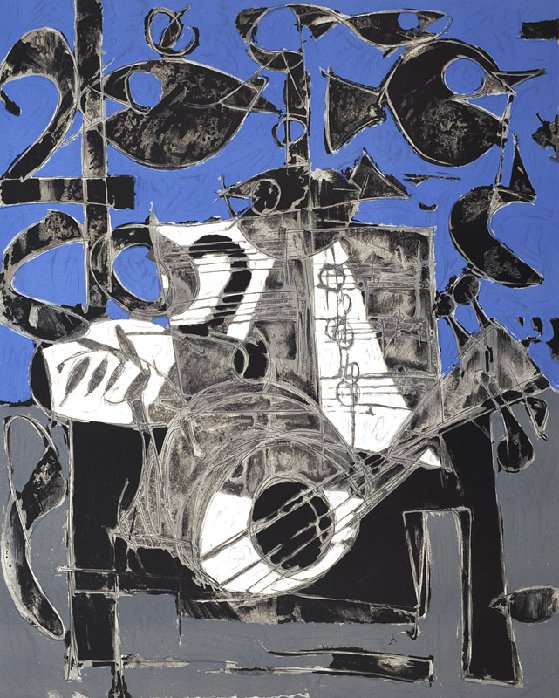 Claude Venard was born in 1913 into a business family from Burgogne. At the age of 17 he began to take evening classes in painting at the Ecole des Arts Appliqués. However, after six years of conscientious study, he was forced, in order to support himself, to spend most of 1936 working as a restorer at the Louvre Museum. This experience, however, turned out to be beneficial in as much as it enabled the young artist to fill the gaps still existing in his artistic education.

In 1936 Abstract painting was the dominant trend. In the same year a group show of young painters was organised by the Galerie Billet-Worms. This show led the critic Waldemar George to write: "Let's be young again! Painting is not dead. Its course has not stopped. Forces Nouvelles is born." Within this new movement Forces Nouvelles the leading painters of the day including Claude Venard were assembled which gave impetus to their cause. After a while the group became radical and this did not suit Venard any more than it did Marchand and several others, so that the very same artists who had given luster to the Forces Nouvelles left it to concentrate on their own work.

- Upon Venard's release from the army, at the end of World War II, his life was transformed. With recognition came the chance to put painting before all else. In 1945, through his continued friendship with Gruber and Marchand, Venard shared mutual success. He remained faithful to a post-Cubist compositional style, and progressively accentuated the chromatism of his pallet up to reaching the crudest of colours, which he used in very thick forms and sometime applied with a pallet knife.

Claude Venard's career was a happy one, punctuated by one man shows in Paris, London, New York, Philadelphia, Chicago, Dusseldorf, Munich, Buenos Aires, Tokyo, Canada, Belgium and Holland. The artist loved life in all its aspects and one is inclined to feel that he may have been in search of a genre of painting that would respond to even the most earthy appetites. As he himself phrased it:

- We must be wary of works that seduce at first glance. By this I don't mean to say that ugliness is the greatest of virtues - only that a work must inspire because of its own worth, without the intermediary of gracious artifices.